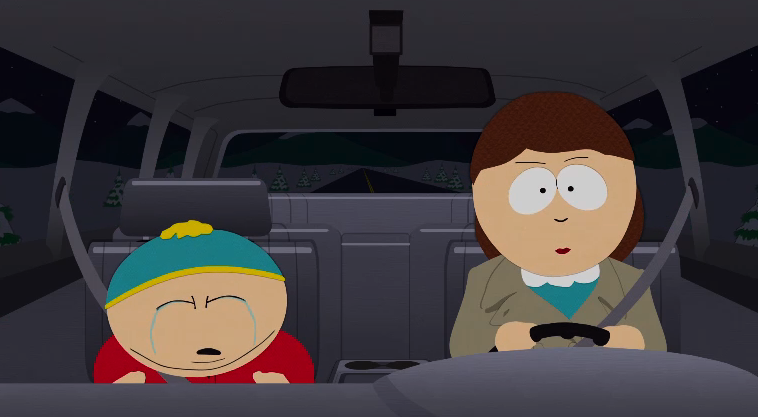 For consideration in this esteemed canon, I submit the first episode of this past season of South Park (Season 15, Ep 1).

Most every episode of South Park has a beautifully loony balance of thought-provoking and thought-retarding scenes.  This one is batshit crazy, extraordinarily gross and TRULY FUNNY.  And stupid.  So nice.  Season 15?!  These people aren’t jumping sharks, they’re raping them in their blow-holes.  Sharks have blow-holes.  I wish they could make shows that don’t scar me emotionally, but it’s always a ride worth taking.

The wife and kids are out of town and I have the apartment to myself for the first time in maybe 5 years, so all week I’ve been getting home from work and making progress on two projects that I haven’t had the time-luxury to work on at home.  I think I have all of Season 15 DVR’d but haven’t had a chance to watch any of them, so last night was the perfect opportunity – a little something to inspire me and set the bar for my night’s writing and drawing.

For the record, the animation in South Park rides the same balancing act between the simple and exquisite.  There is some real mastery and intense handcrafted animation here – working the limited palette of character movement perfectly to sell complex emotional beats and physicality.  It’s got its own rules, but it rules those rules.  There are some lovely, artfully composed shots in this episode.

Sure, but do they let you watch entire uncensored episodes on their site?
YES: http://www.southparkstudios.com/full-episodes/s15e01-humancentipad

I don’t know if it’s irony or strategy that’s responsible for the Blackberry tablet ads running with the episode online.  Works either way. 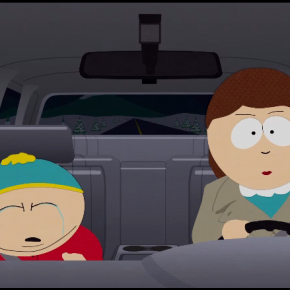 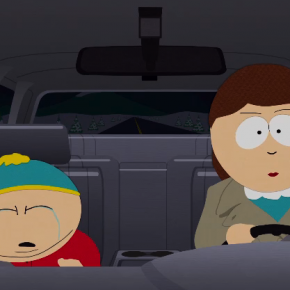 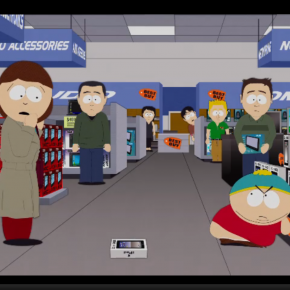 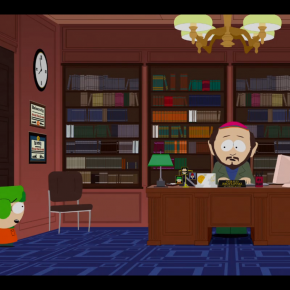 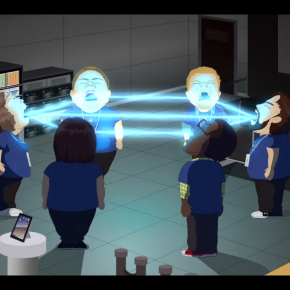 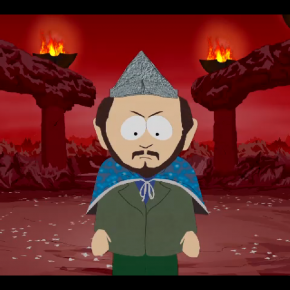 Nickreply
– In reply to: JPL

That would be amazing… I will move mountains to hang with you.

That would be fuckin’ amazing… I will shoot myself in a head and still be alive eating potato chips with beer.